The applications to be implemented in the Smart Grid require bi-directional connectivity among a multitude of nodes with a reliable, high speed, low latency, energy efficient and cost effective communication technology. Power line communication (PLC) has reached a high level of maturity and has the potentiality to meet the requirements. In this talk, we discuss state-of-the-art PLC technology, address the main questions related to the usage of narrow band and broad band PLC, and highlight the current research directions to improve further the performance. 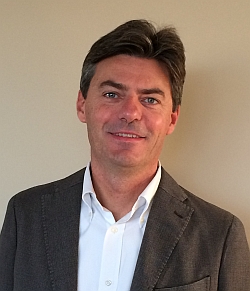 Andrea Tonello is Professor and Chair of the Embedded Communication Systems Group at the University of Klagenfurt, Austria.

He serves as Chair of the IEEE Communications Society Technical Committee on Power Line Communications. He is Distinguished Speaker of IEEE VTS and Associate Editor of IEEE Trans. on Communications and IEEE Access. Dr. Tonello received several awards, including eight best paper awards (among which the IET Premium Award 2016 for the best paper on physical layer security in PLC networks), the Bell Labs Recognition of Excellence Award (1999), the Distinguished Visiting Fellowship from the Royal Academy of Engineering, U.K. (2010), and the IEEE VTS Distinguished Lecturer Award (2011-2015).

Given these facts, it is no surprise that an effort is ongoing to address the efficiency and usability of buildings. IBM and it’s partners Siemens, ISS, Kone, Schneiders and Johnson Controls envisions the Smarter Buildings initiative to deal with these challenges. The new founded brand Watson IoT offers all facility managers and owners a cloud based cognitive and predictive platform to increase energy efficiency. Join us on the discovery how those tools are used and how they look like. 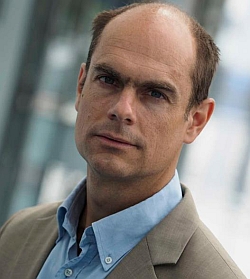 Marcus Kottinger, * 1974 in Salzburg – Business Informatics, started his carrier at IBM in 1995 as technical consultant in the automotive industry.

From 1998 onwards Mr. Kottinger changed to the Bank- and Insurance sector, where he was assigned as project manager on several IT projects in Central-, Southeast Europe (CEE) and some countries in the Commonwealth of Independent states.

After 7 years in the FSS business Mr. Kottinger moved to Siemens in the Energy, Asset and Building Management sector. With this expertise of process- and energy performance measurement